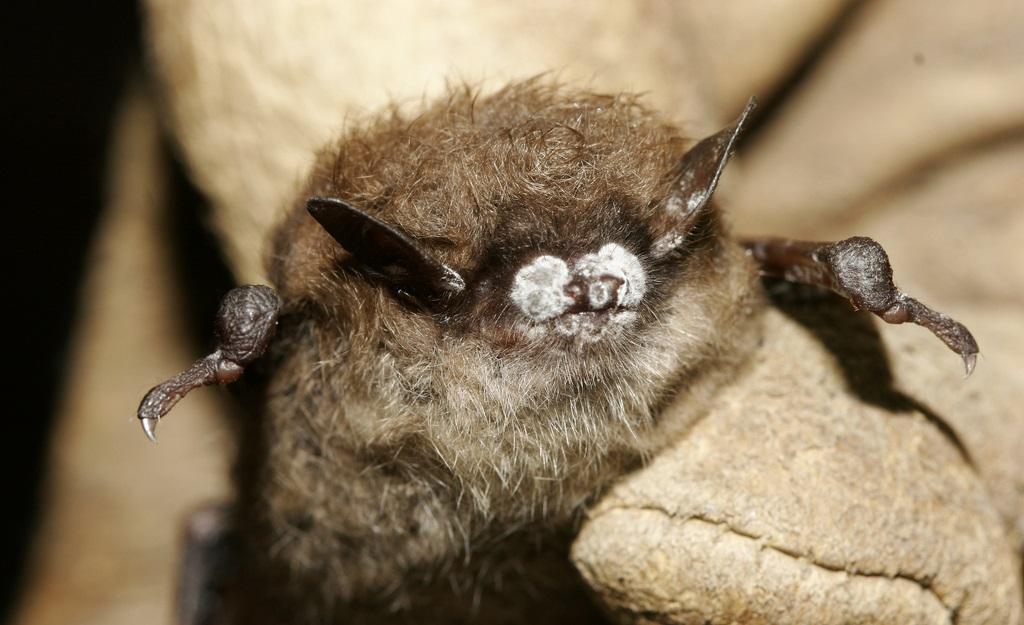 White-Nose Syndrome, caused by the fungus Pseudogymnoascus destructans (Pd) is a devasting disease which has killed millions of hibernating bats in North America. National Geographic’s Jasson Bittel reported on new means by which researchers are attempting to remedy the disease. The first of these approaches involves polyethylene glycol (PEG), an osmotic stressor for the fungus. By rapidly drawing water out of the cells, PEG can prevent growth and reproduction of Pd. Another approach uses the fungus Muscodor crispins, isolated from a wild Bolivian pineapple. This genus is known for inhibition of other fungi and bacteria, including many pathogenic species. By fogging with the M. crispins (composition of the fog not stated), Pd appears to become less prevalent.

An immunological approach also appears promising. Bats lick their bodies whenever a substance is applied to them, and such substances could easily be transferred throughout a colony. This has inspired researchers to focus on the development of lickable vaccines, capable of easily application and colony immunization. A previously profiled approach to fighting Pd is based on exposure to ultraviolet light. Pd has evolved exclusively in dark caves for long enough that it has lost a critical mechanism of DNA repair, causing its extreme sensitivity to UV light. By treating the bats with short doses of UV, the fungus could be seriously hampered. The final tool this article considers is the use of chitosan, a polysaccharide derived from the alkaline treatment of chitin. This compound is fungicidal, and therefore may help prevent infection by Pd.